We have recently wrapped up our most ambitious installation yet: Phase III at Adler Planetarium in Chicago, an exhibition that was on long-term display from March through November 2018.

In this installation, we represented the shape of the cosmic web solely through the positions of the densest knots of dark matter, so-called “halos”. We chose the 25 largest halos from a simulation (shown in the blue image below). The same visualization complements the installation as a large-scale, printed backdrop. While the installation was based on the full three-dimensional structure of the simulation volume, the image represents a slice through it. The simulation models a cubic volume, 300 million light years on a side, containing a billion virtual dark matter particles. 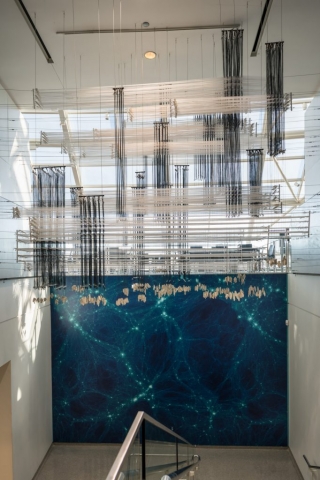 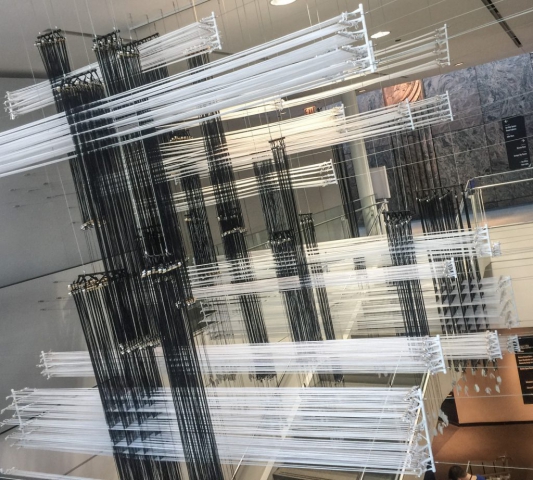 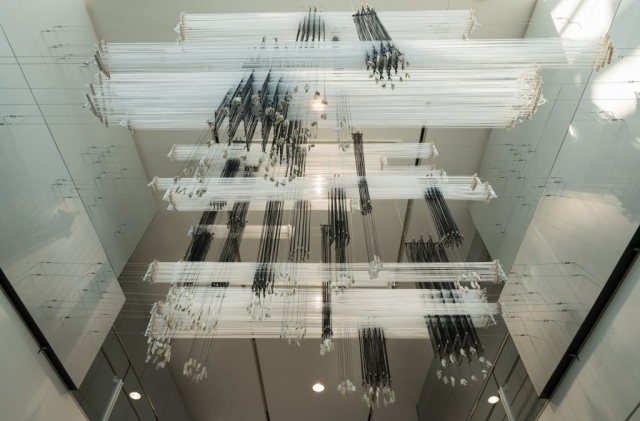 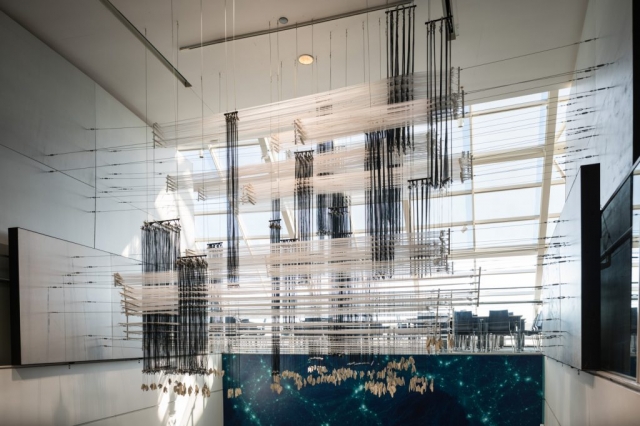 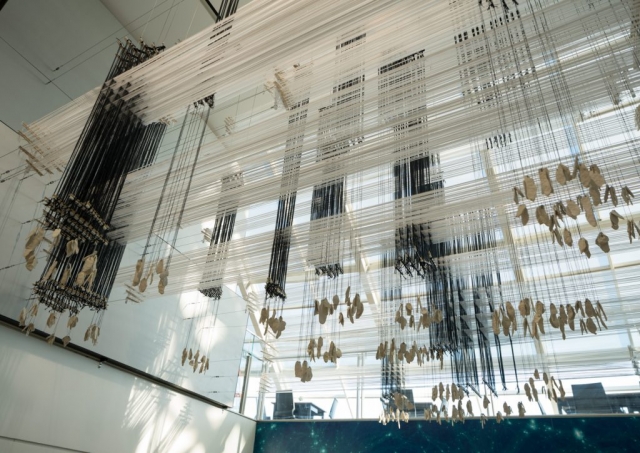 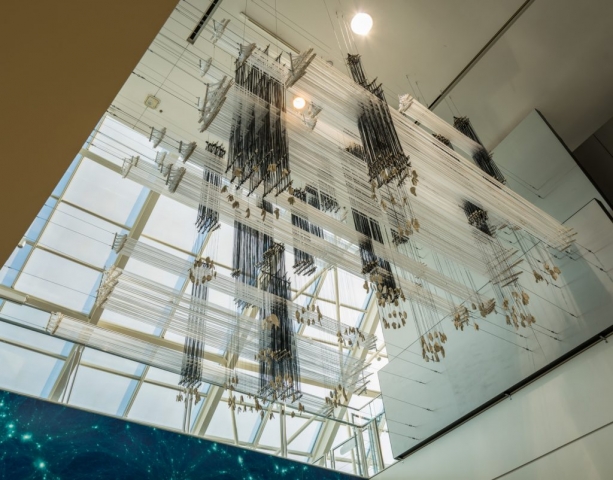 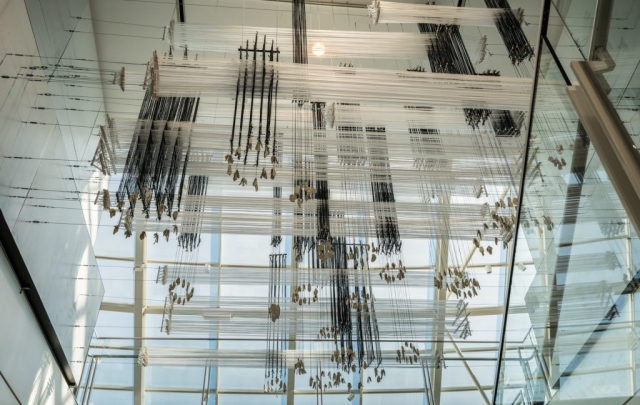 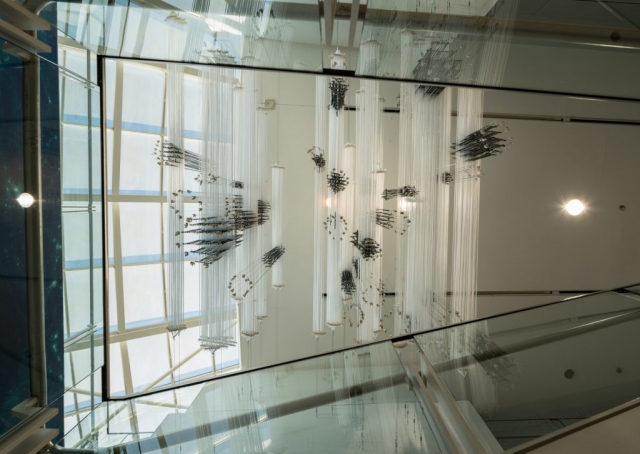 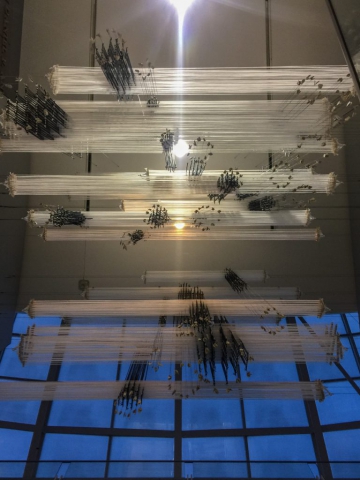 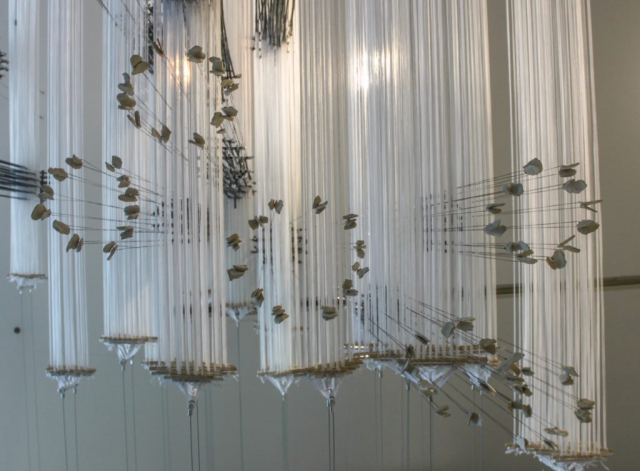 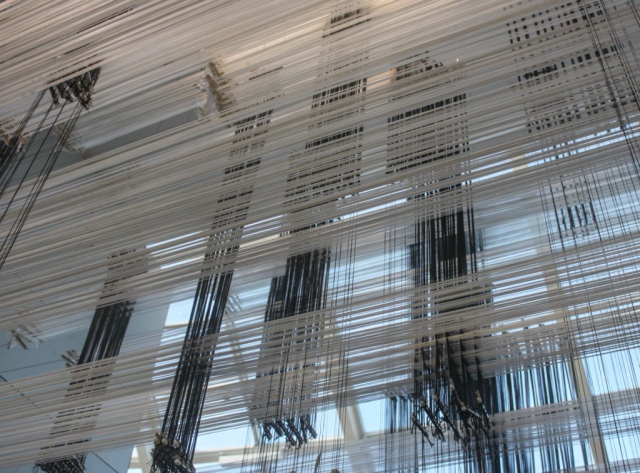 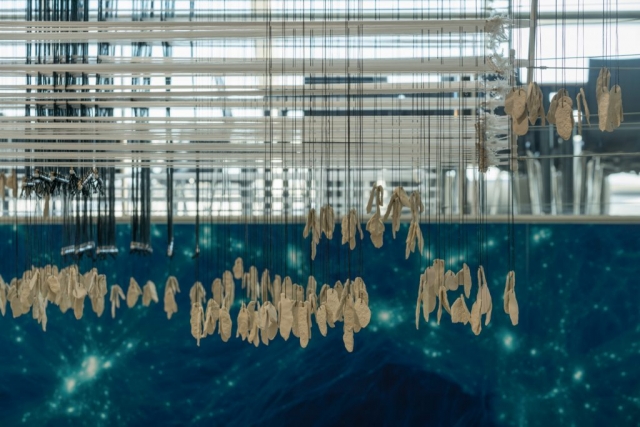 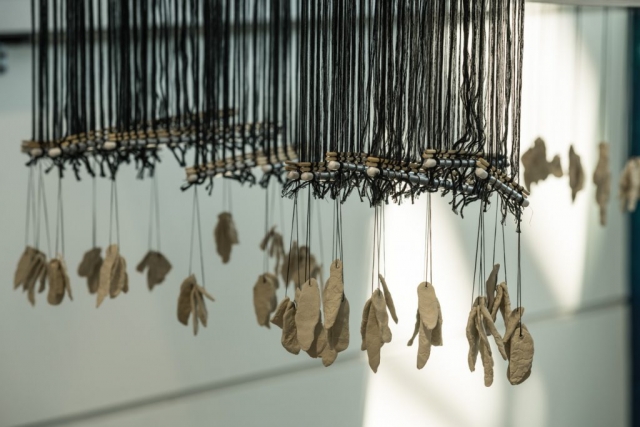 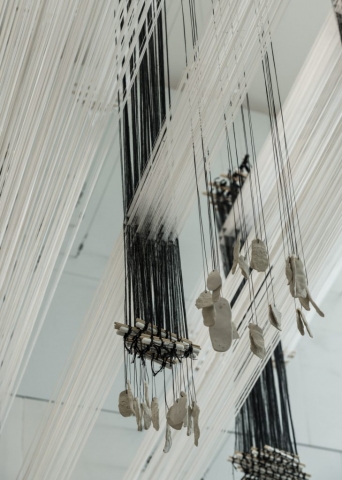 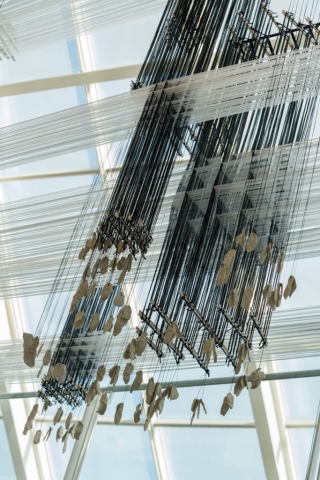 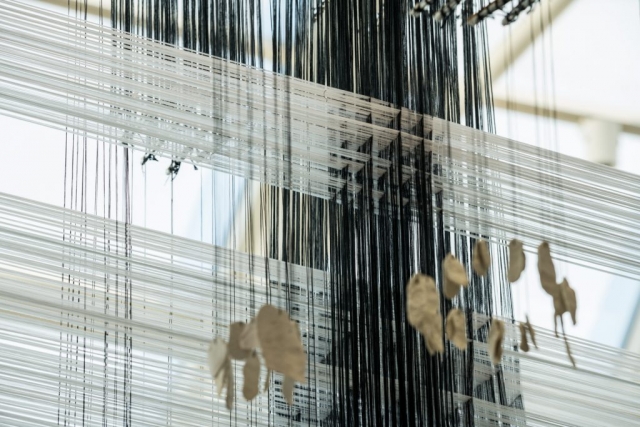 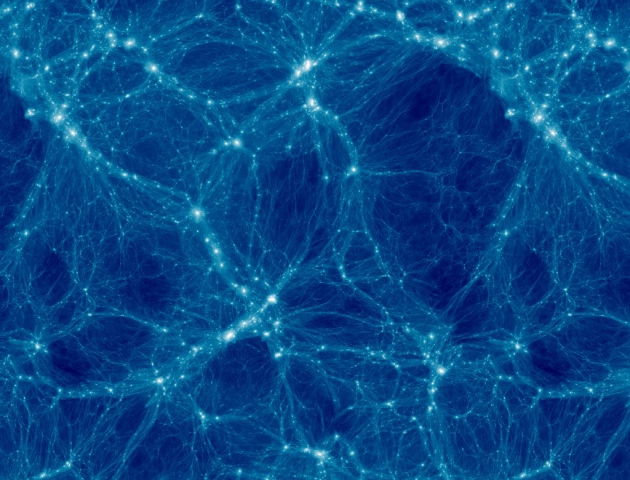 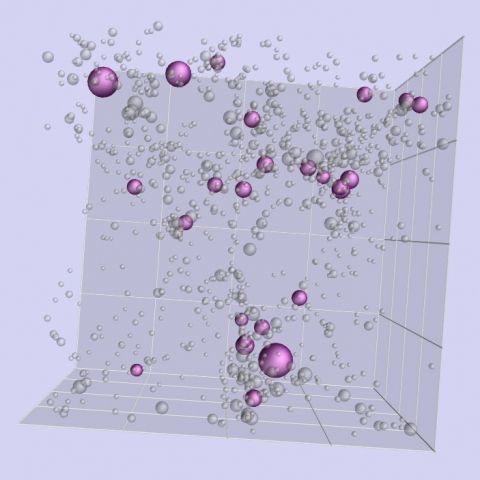 The textile was suspended above one of the two stairwells of the museum. Its extent corresponds to the simulation volume in 3D space and contains woven spheres at the locations of the simulated halos (visible as the intersections of black and white threads). The weaving was created on a two-dimensional Jacquard weaving loom but unfolds into three dimensions (see 3D weaving for more information on this technique).

The loom weights also remind us of an important connection: Jacquard looms were among the first machines to use digital memory in the form of punched cards, and thus represent a critical stage in the development of the very supercomputers that today let us simulate the evolution of the universe.