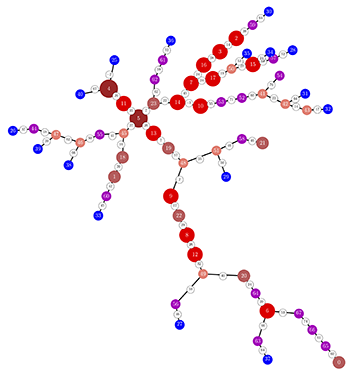 For the first incarnation of our textile installation, we focused on creating a relatively faithful representation of the simulation data including both halos and the filaments between them.

We began by choosing a specific section of the simulation, namely a cube around a massive halo, 230 million light years on a side. A projection of this volume is shown on the weaving the cosmic web page which explains how we extract halos and filaments from the simulation.

Even though the woven halos and filaments open into three-dimensional structures, they are woven on an intrinsically two-dimensional weaving loom. Thus, we projected the filamentary structure into the 2D pattern represented by the tree on the right. The diagram shows halos (in four different sizes, red), intermediate points (purple), and end points (blue). The numbers in white circles give the lengths of filament needed between the anchor points in order for the weaving to unfold into the correct 3D structure.

We used aluminum stands and acrylic disks to hold the woven halos and filaments at the exact positions in 3D space that were prescribed by the simulations. Unfortunately, the orientation of the woven filaments caused many of the halos not to unfold properly. Furthermore, the stands and disks visually distracted from the actual textile. We improved upon these aspects in Phase II.

Below are photos of the Phase I installation (some taken by David Martinez-Moreno). The sculpture was part of an exhibition called “The Woven Cosmos” in Savannah, GA. 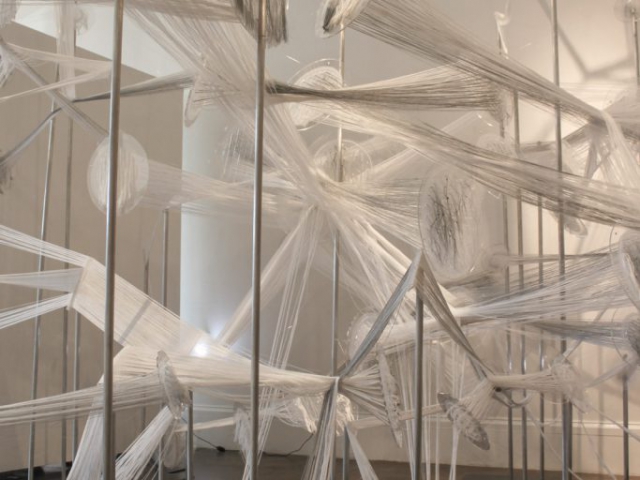 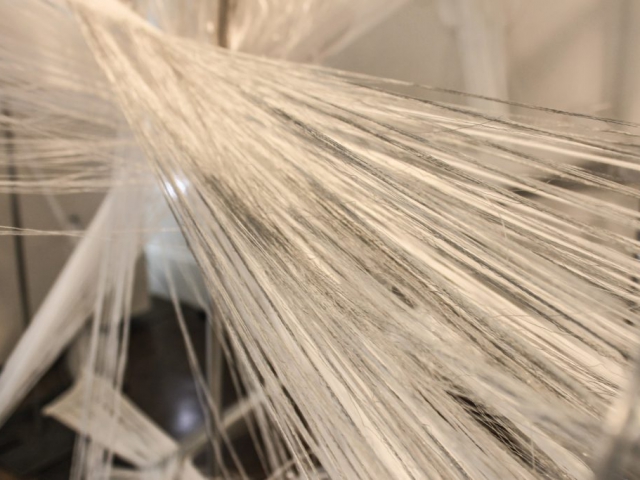 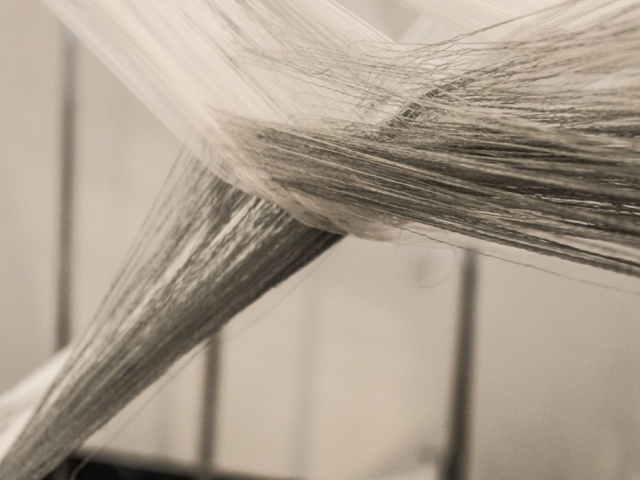